GENERATION NOT SO QUIET

A new generation has arisen which is anything but quiet, that’s for sure. Just let me introduce to this handsome young guy real quick. Still remember my good friend Lance from the LNCLASSICK blogpost? I guess the stylistic sense runs in the blood. The guy you see here is his younger but not so little cousin anymore: Dominik Mendoza.

Here’s a little background to what inspired me to do this post:

Last weekend I realized that the new generation has a lot to offer. And when I say a lot … I really mean A LOT! There was this charity dance competition going on and it wasn’t the first I’ve been to. But this time was different. Don’t know what it is but I really feel old now. The energy-consiousness and their body control is insane. I’ve never felt this old but ever since I’ve seen all these dancers up on stage I have this queasy feeling of being in a sort-of mid-life-crisis. I know that we all used to be more energetic but this the power that the ‘kids’ have nowadays is terrific. As these thoughts kept bothering me – not necessarily in a good or in a bad way – I thought why not introduce you to one of the youngsters and ‘analyze’ what I think about the powerful youth.

Dominik and his dance crew ‘Guess What’ also entered the dance competition and DANNG they really killed it. Their performance has smitten me with amazement. Watch their performance here to get my point. Standing in the corner of the venue where it all took place, I watched Dominik dancing and his crew dancing and really marveled at what was happening there at this moment. His appearance was totally different from what I was used to see when I meet him when he’s hanging with Lance, me or other friends. Like he isn’t the person that talks too much. Actually I’m making fun of him because he totally can handle it, not saying a word for like two or three hours even if he’s being asked something. Still being flabbergasted about what was going on up there I realized one thing …

DON’T UNDERESTIMATE THE QUIET ONES.

And I’ll try to explain to you why because I built up the following theory: 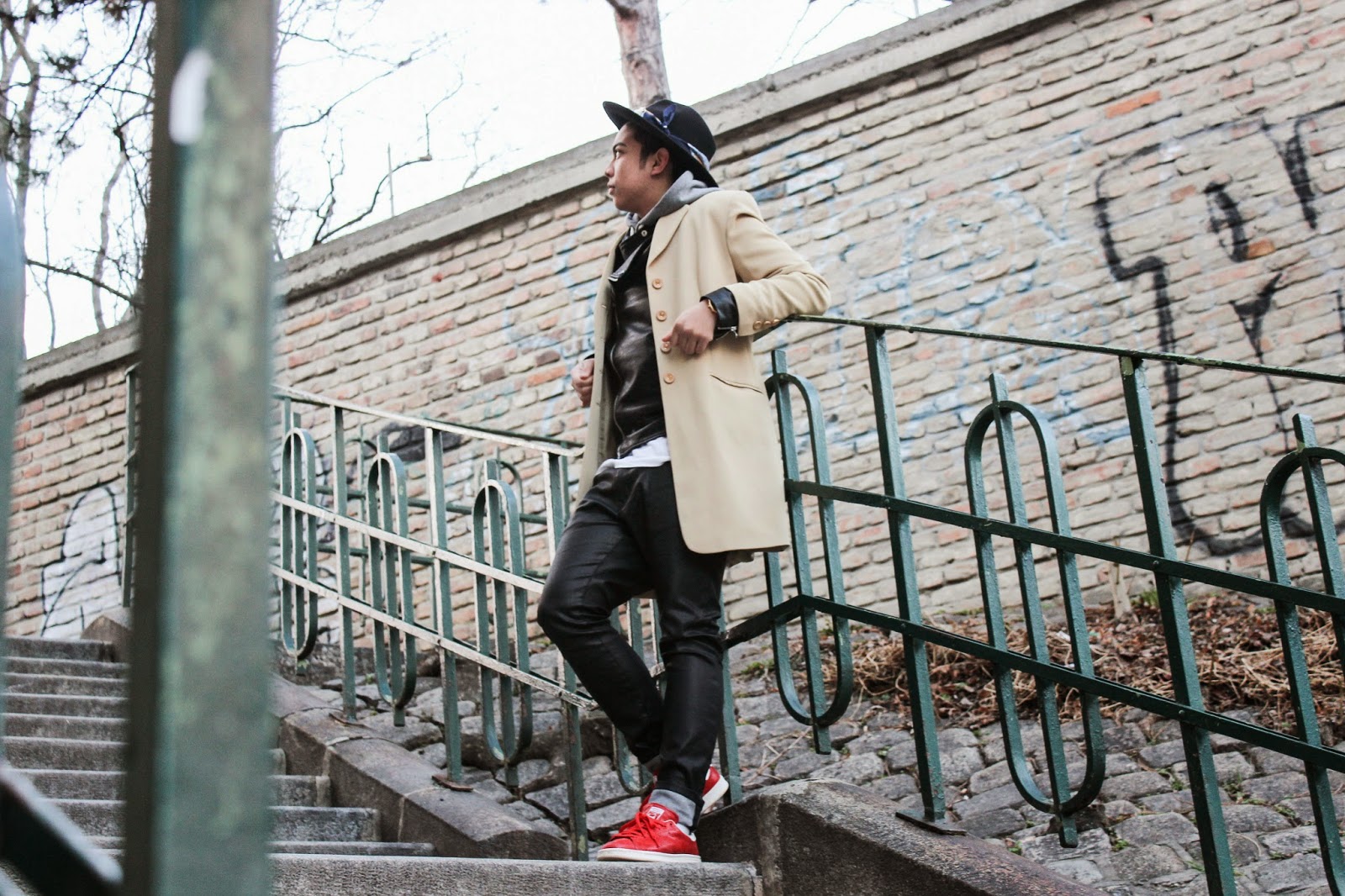 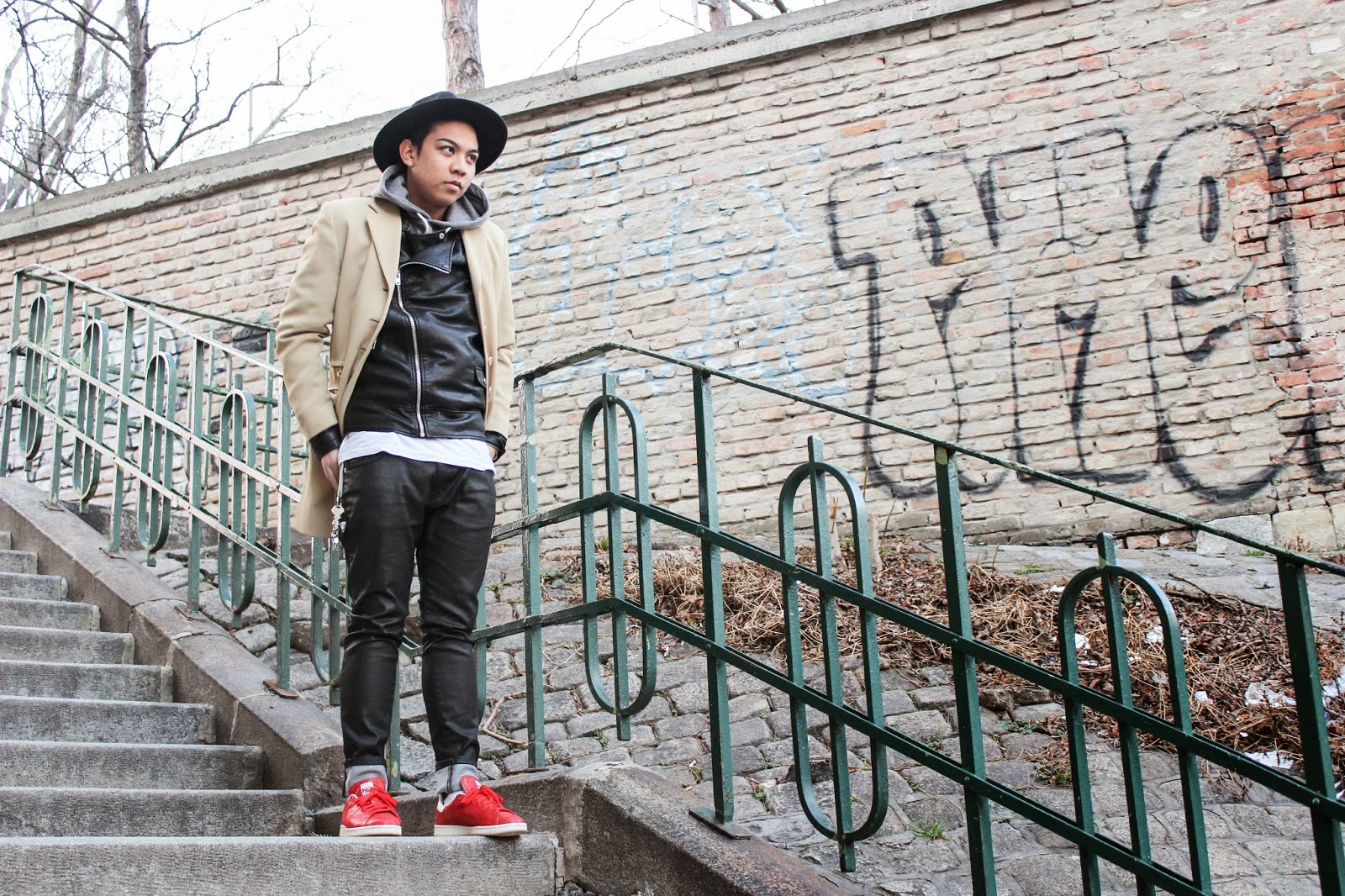 My first thought while watching the performance was: Ok this guy was saving up all his energy by not talking just to kill such a performance and put on his beast mode. All this quietness is balancing out everything that he has to offer like he’s keeping everything for a moment like this.
And then I thought that this doesn’t only regard dancing. Obviously I wouldn’t put this up on the blog, which I like to call a fashion blog (some of you might disagree but I don’t care at all). What I am trying to say while building up this tension while writing is: Dominik doesn’t talk to me a lot. But this is ok. This is who he is and I realized that he speaks through different things. He communicates through non-verbal actions. One of them is dancing. And oh let me tell you something… He also communicates himself through the way he dresses. I see the striking balance of silence and quietness smoothened out by putting all the energy in things that don’t need words at all.
I find myself a lot talking to friends about Dominik and his sense of style because he really is a well- dressed young man. Not all people at this age are that confident and daring when it comes to clothing.  I promise, you’ll get my point when you see some of his instagram pics at the latest. Everytime he  puts up a new pic I am mentally putting him on my top list of the new generation.

Ok after all this philosophizing to the fullest let’s talk about this outfit here right nooooow. YAAAP, I KNOW RIGHT? He rocked them basic items and shouted it out loud with some key-pieces. He is one of the people that have this appearance where you can proudly say that this is the proof that menswear is more than just shirts and ties but encompasses style and is the play-ground for proportion, fabrics, colors and everything what your imagination has to offer. 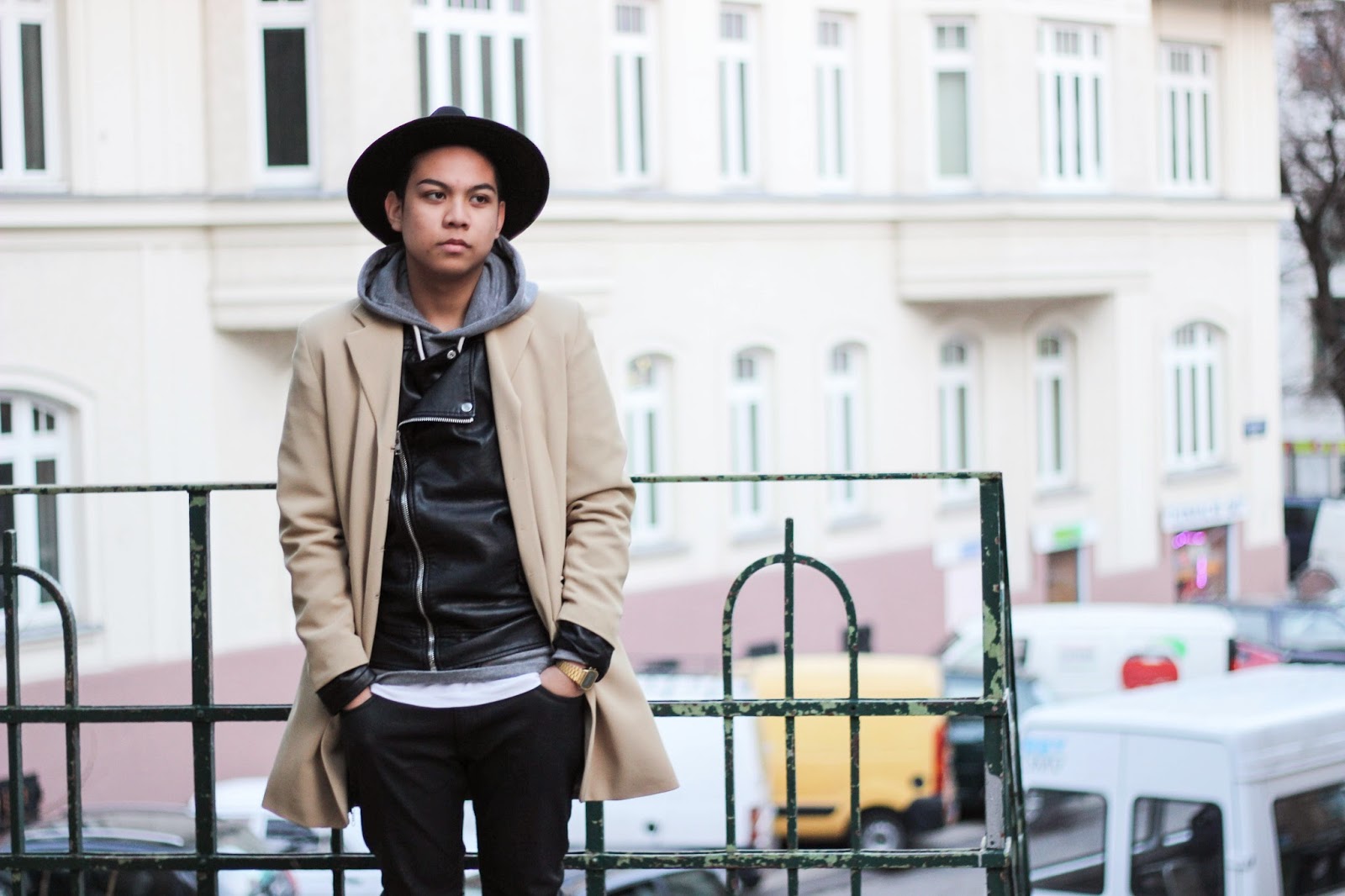 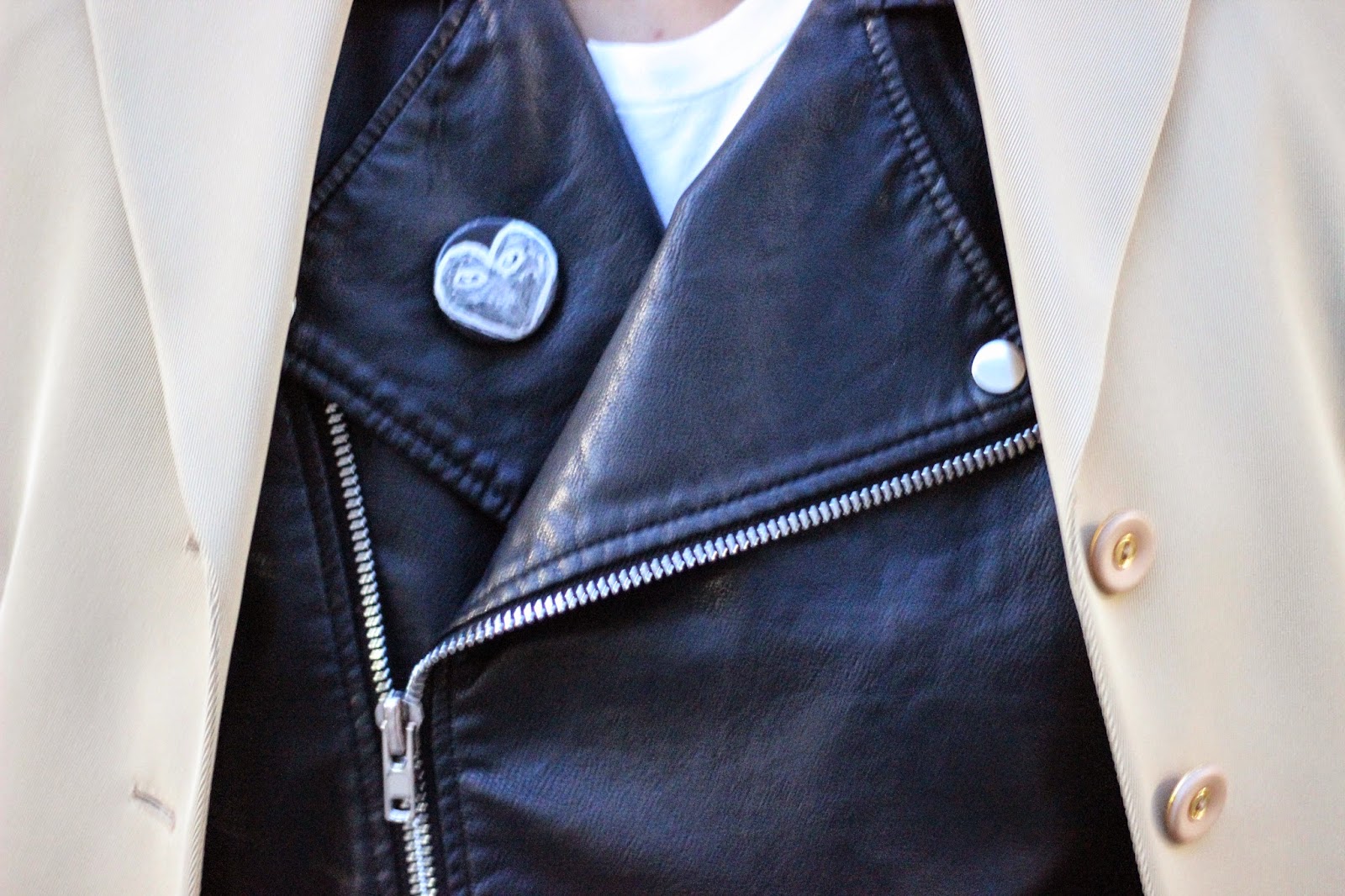 Though he was keepin’ it clean today, I really think that he has a lot of potential and is one of few that can rock everything in his own way. He’s young and I think that there will still be a lot of  changes in his taste but only in a good way. Do me the favor and take a look and some of his  IG-posts and you will know what I mean. There are always these little things that are added to his outfits that make them look big-time. 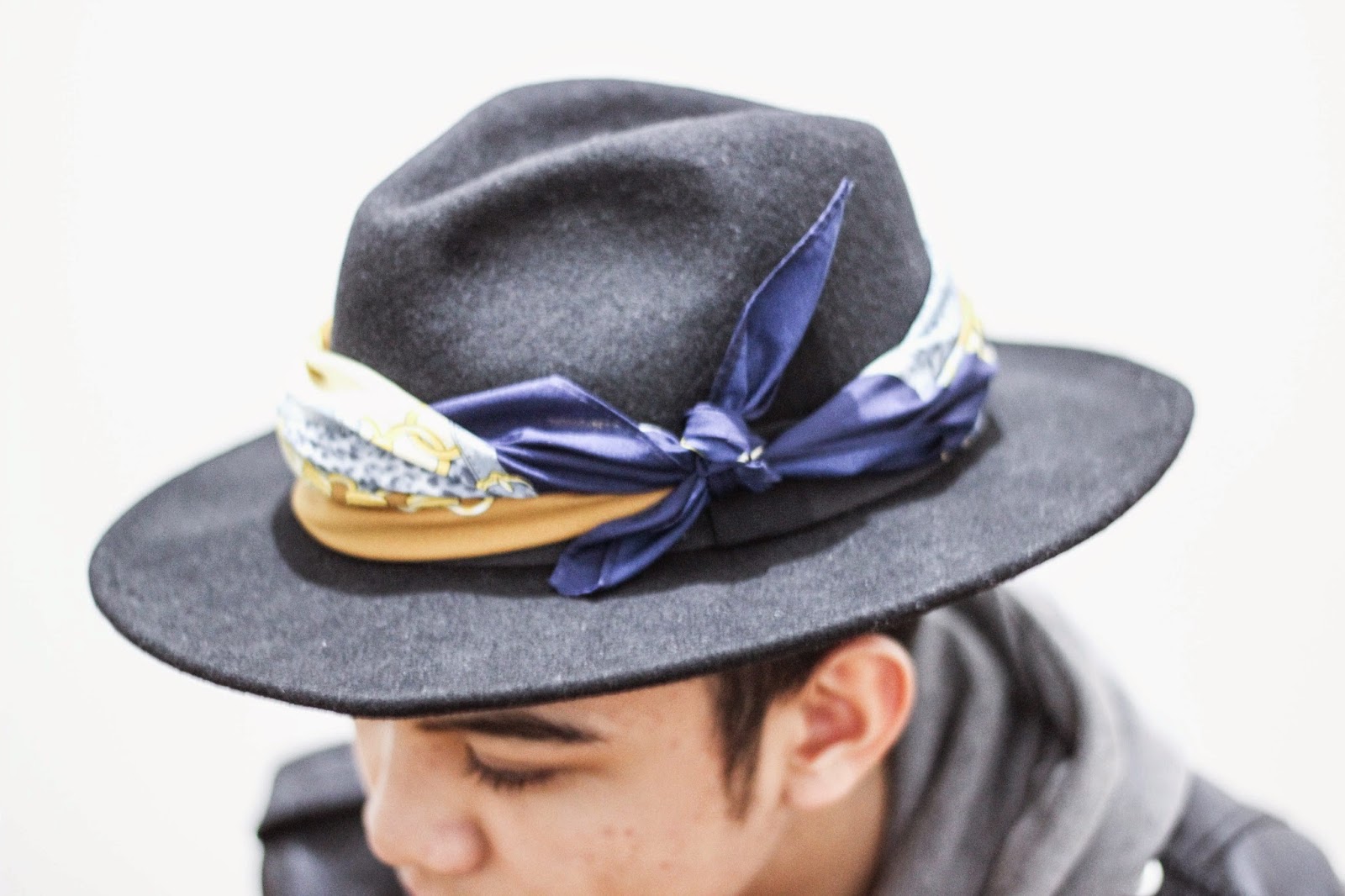 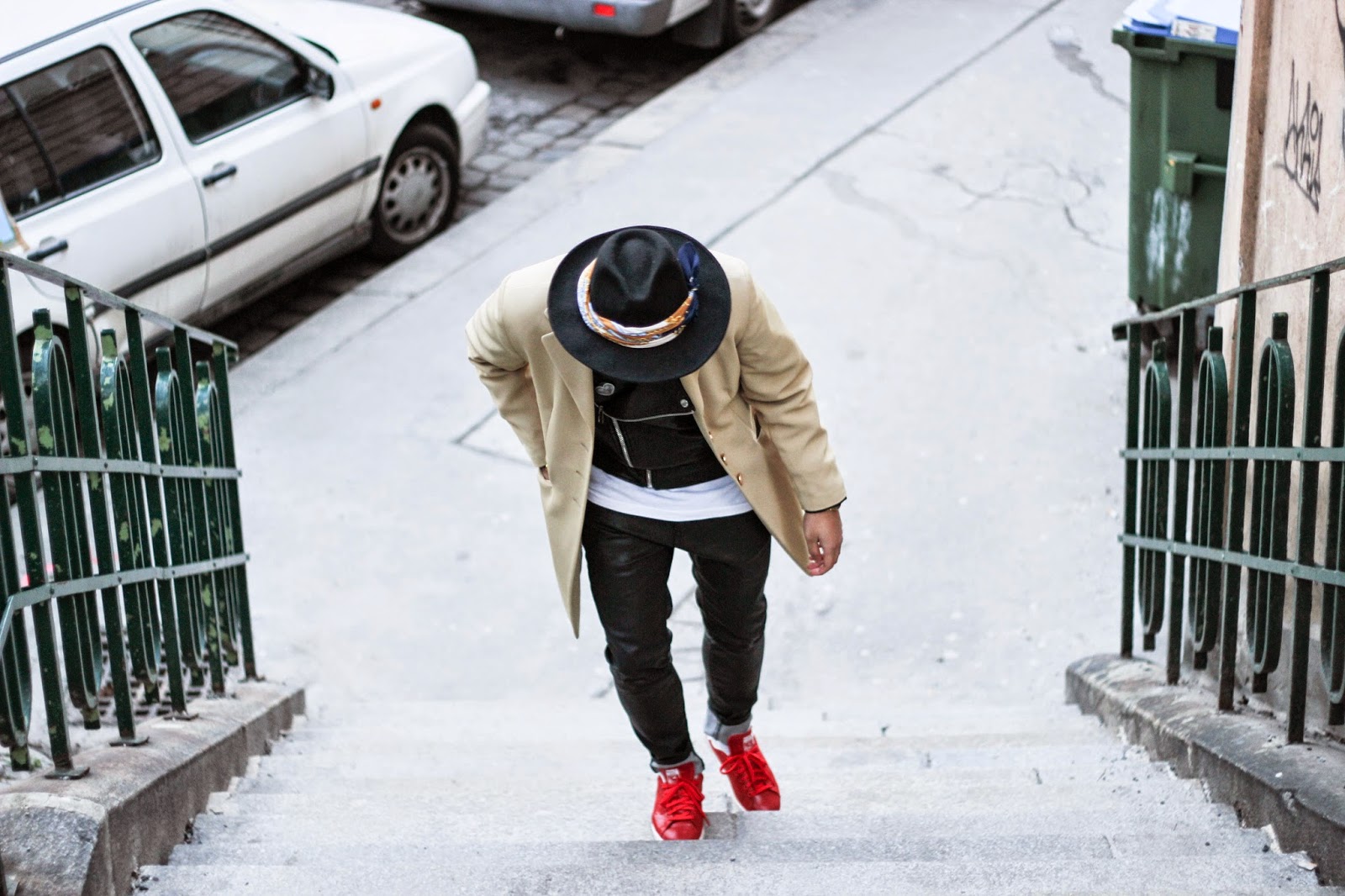 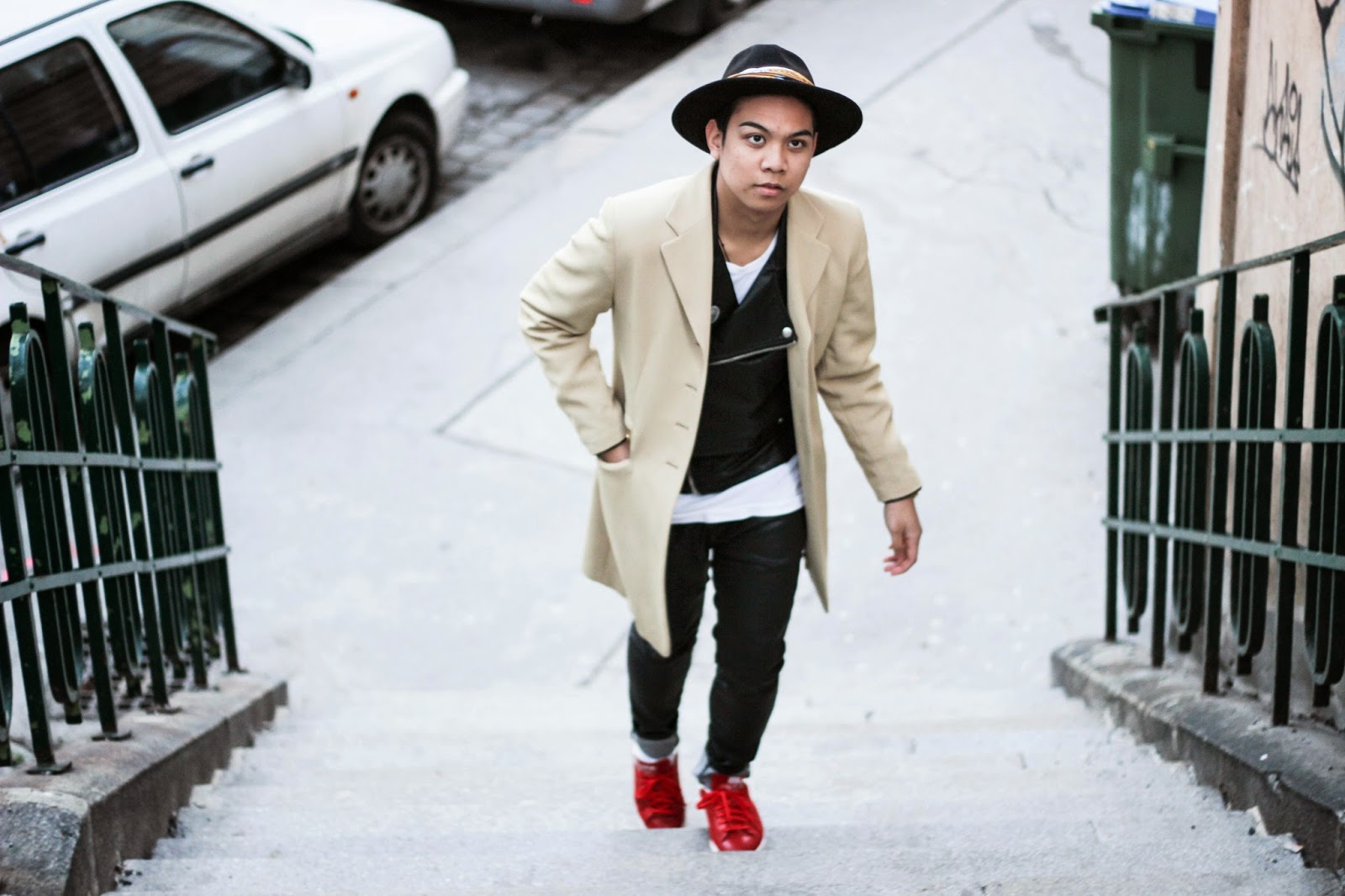 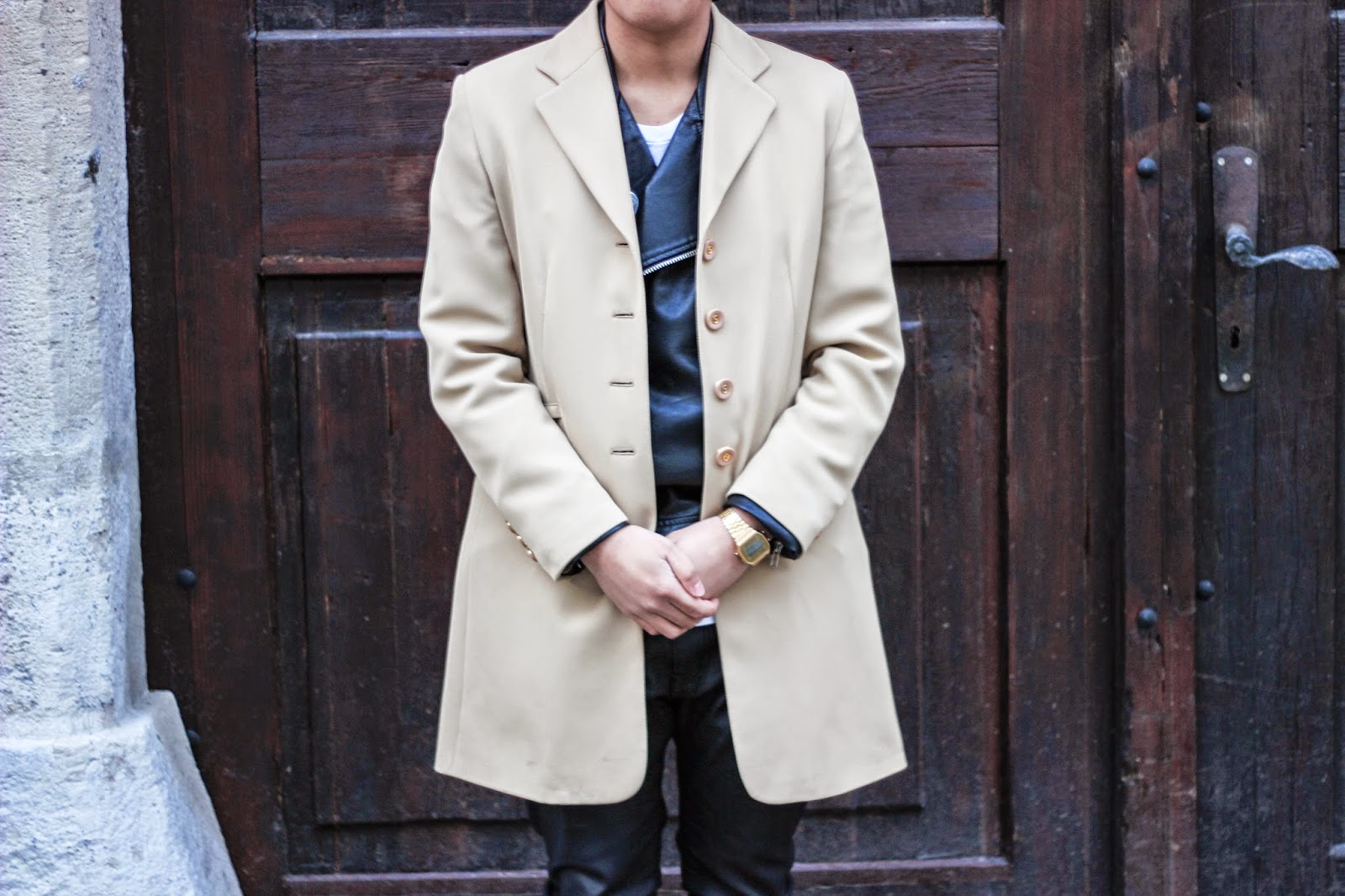 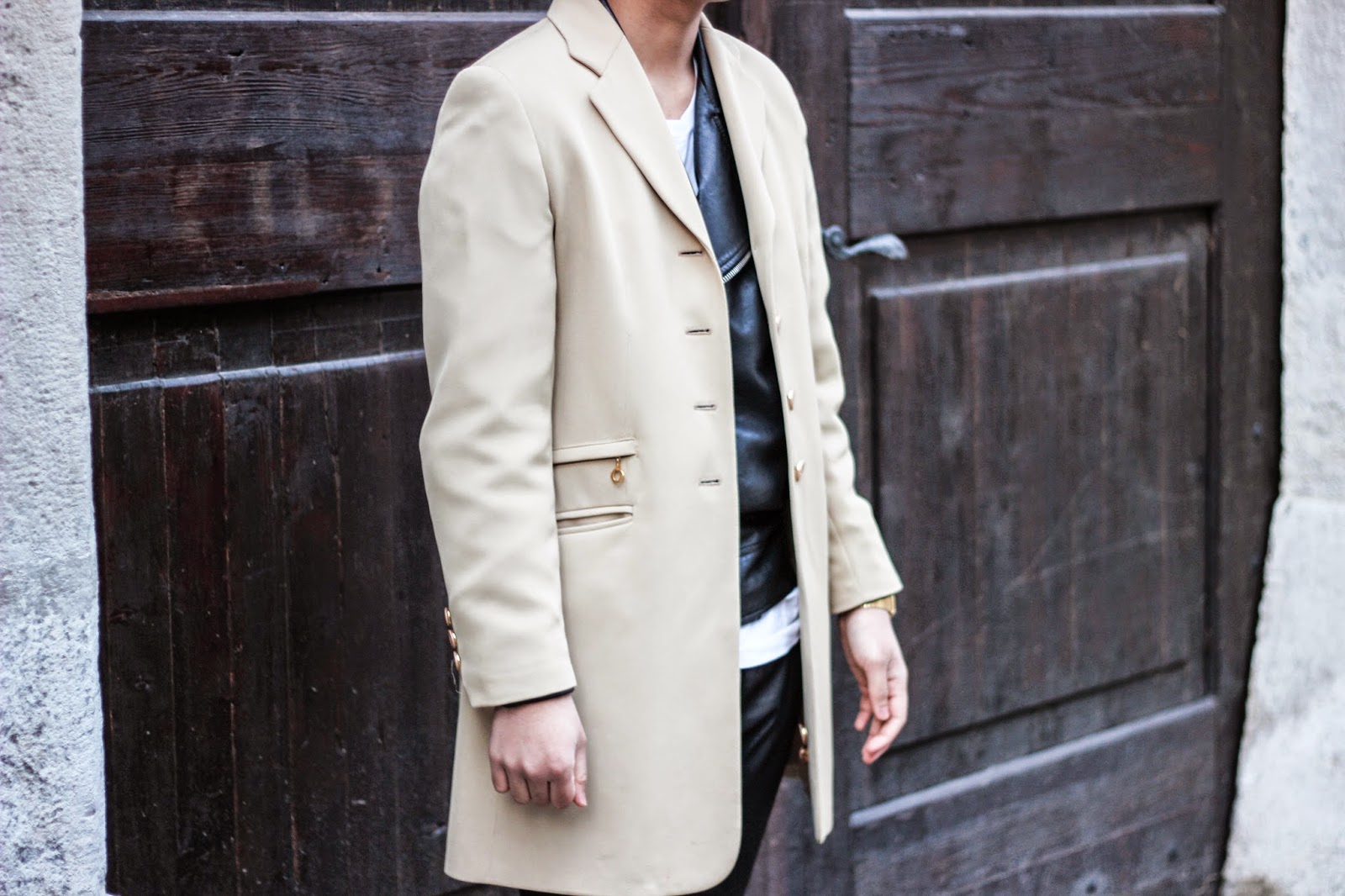 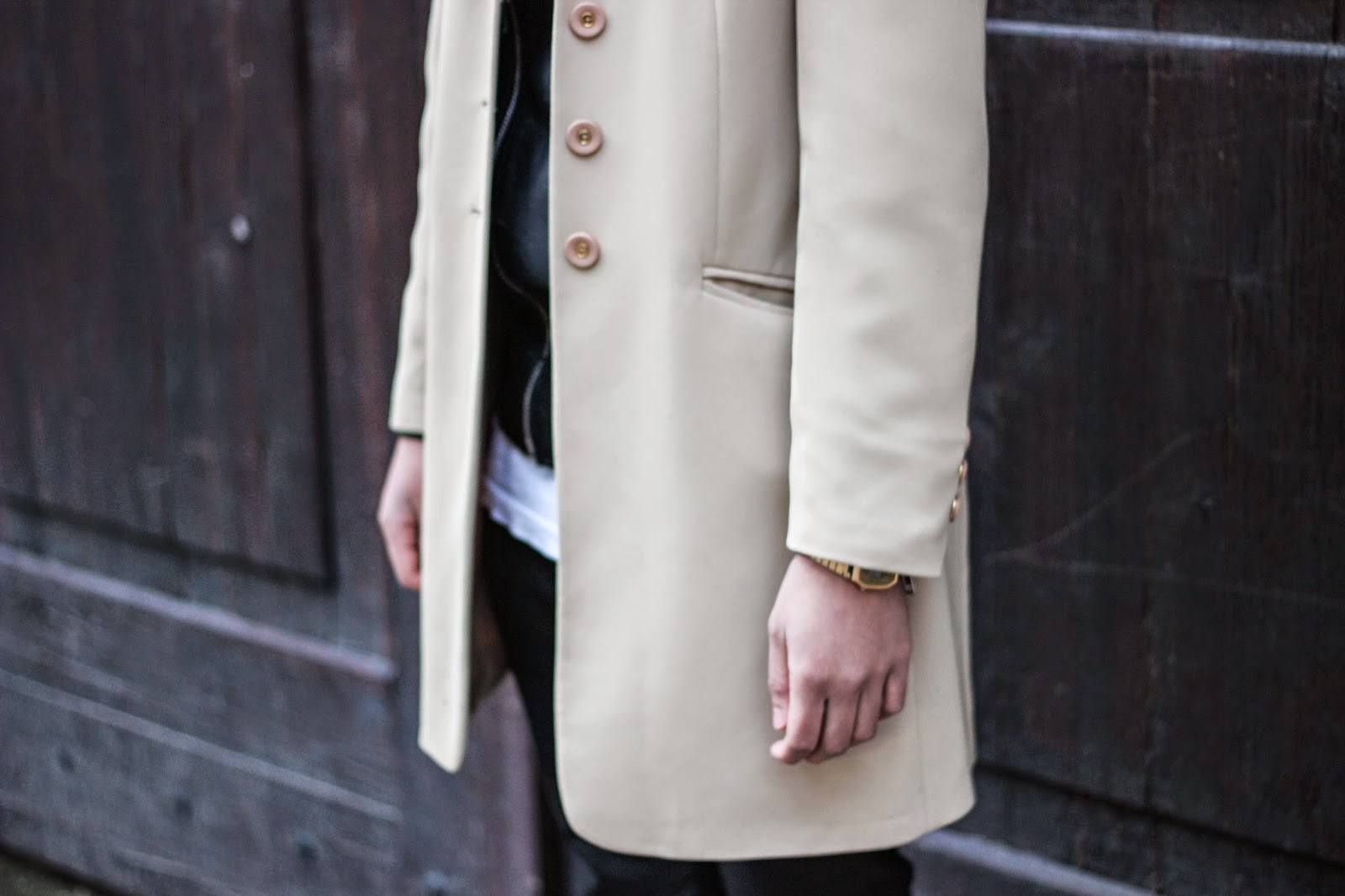 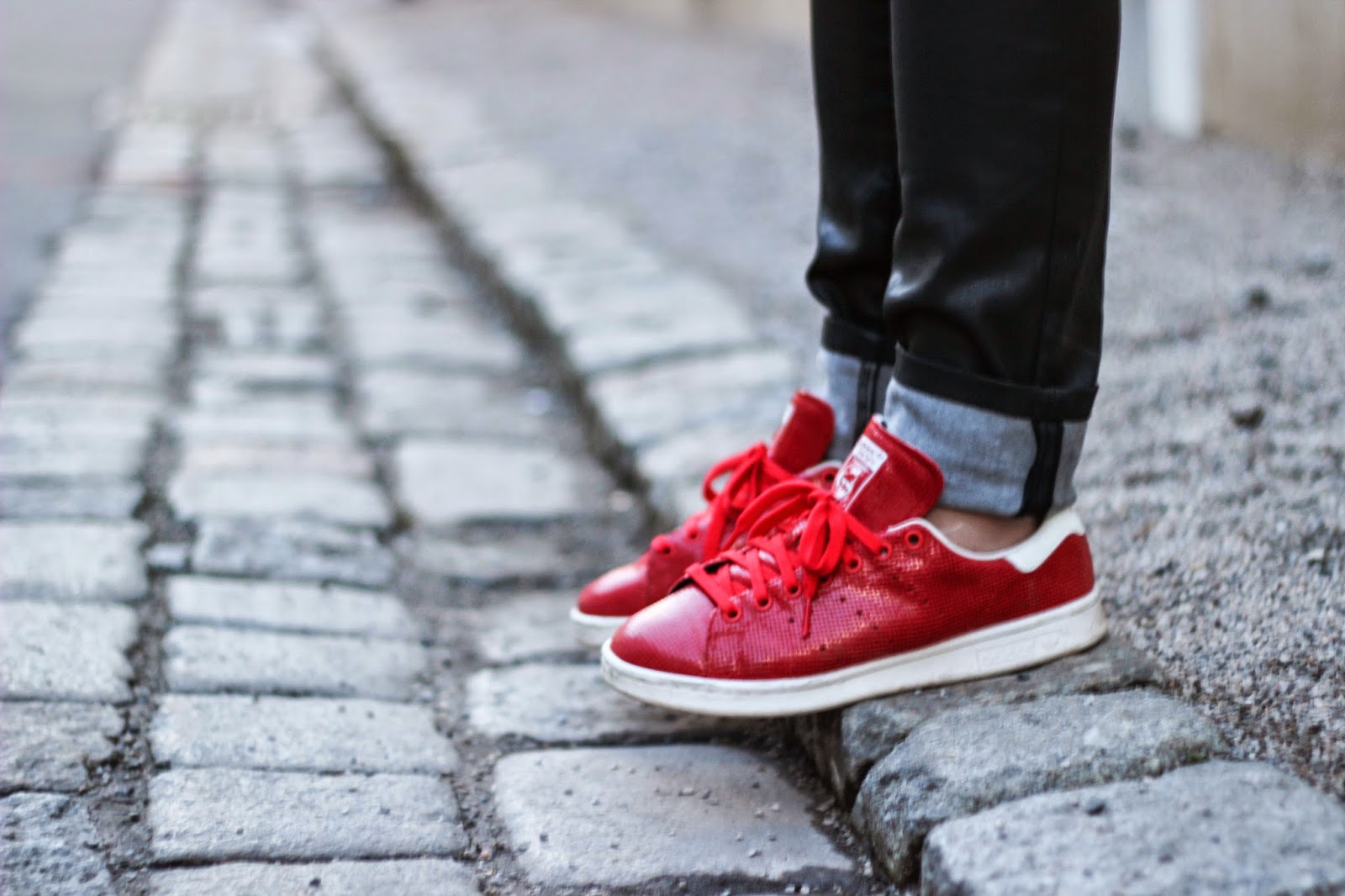